Rather than view each site in isolation the obvious conclusion was to view the design of the buildings of these three blocks as a collective ensemble.

The siting and massing of each building were dictated by a number of factors which included existing building lines, way-leaves, an existing railway line, proposed access roads, proximity to transport connections, services and parking provision. However despite this, the natural massing density of the surrounding area suggested by the existing Masterplan, the nature of the amenity spaces and the orientation of the sites suggested the dialogue that should occur between the 3 buildings on these sites. 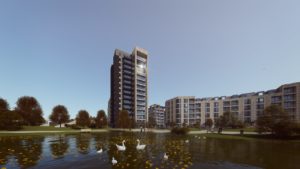 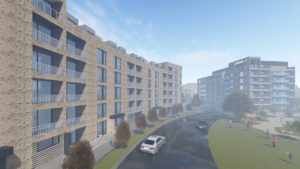 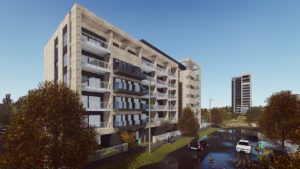 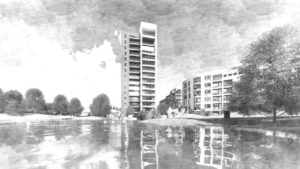 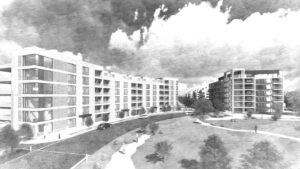 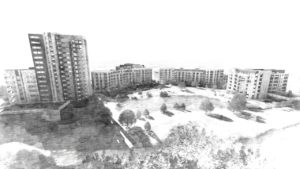