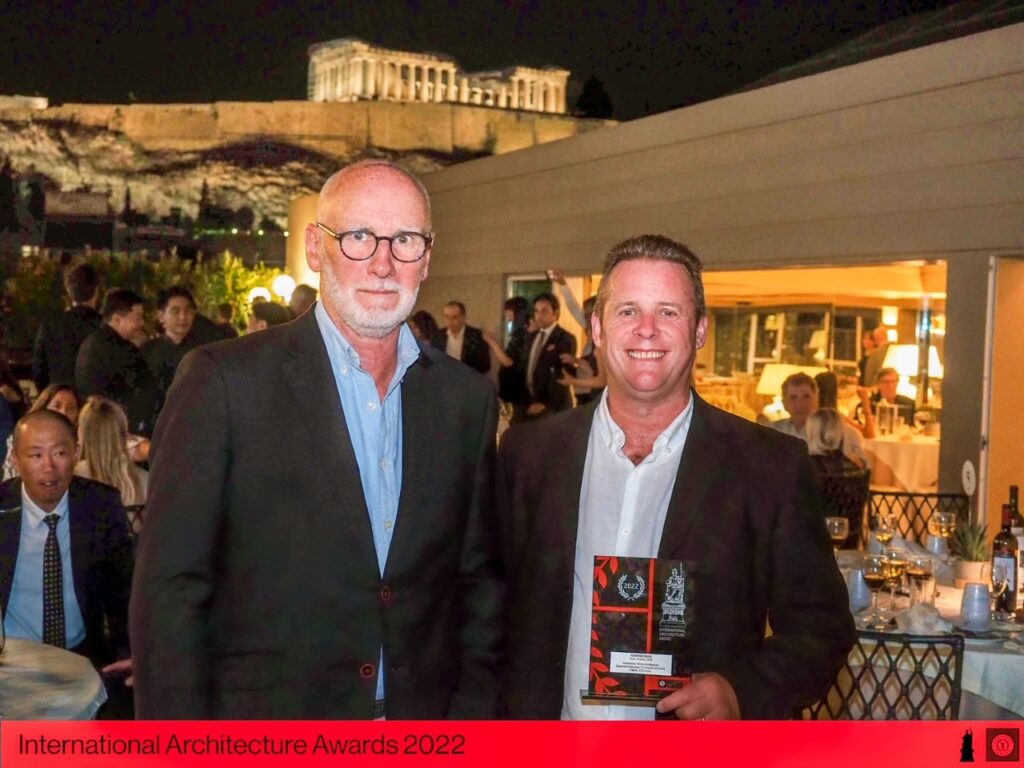 Wilson Architecture is proud to announce that it has been named as a winner at the prestigious International Architecture Awards hosted by The Chicago Athenaeum: Museum of Architecture and Design and The European Centre for Architecture Art Design and Urban Studies. The leading architecture firm, headquartered in Cork, was recognised in the “Corporate Office Buildings” category for its work on JCD Group’s Penrose Dock Office Scheme in Cork City. The world’s first and oldest annual global design awards recognise the most significant and inspirational building and urban planning projects around the world; and set a global standard for architectural achievement worldwide. The winning projects were honoured at a special awards ceremony and Gala Dinner held at the foot of the Acropolis in Athens, Greece on September 9th, which was attended by Frank O’Mahony and Peter O’Donovan of Wilson Architecture.

Commenting on the significant award win, Frank O’Mahony, Chairman of Wilson Architecture and Lead Architect on Penrose Dock said “It is an honour to be recognised at the The International Architecture Awards, an aspiration of architects the world over. Our winning design embraces the historical and urban setting which includes the original Penrose House, and from which we drew our concept for the classically proportioned facades of the new buildings; and it is wonderful to see this acknowledged on a global scale.”

Linkedin
back to news Next story
This site uses cookies: Find out more.