The proposed Cruise Ship Terminal building is located in the old port area of Dalian. This area is being re-planned as a tourist and leisure area for the city, and involves the redevelopment of existing warehouses and wharfs constructed by the Japanese in the early years of the 20th century. As part of this redevelopment Dalian Port Authority are constructing a new cruise ship terminal to cater for the growing International and China cruise line markets. The building accommodates both transit and stop-over cruise ships, providing check-in and boarding facilities, baggage handling and ship chandler, retail and leisure areas, along with customs and immigration services. The concept for the building is that of a large floating roof that covers both indoor and outdoor spaces, taking its inspiration from the Bohai Sea, on which Dalian is located. An original lighthouse and some existing warehouses are being refurbished and incorporated into the site master plan. 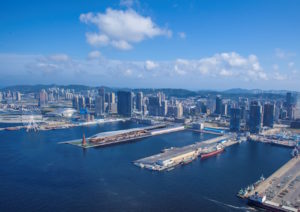 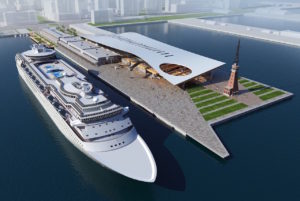 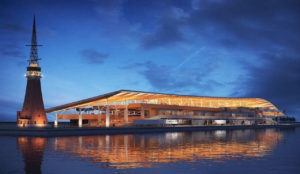 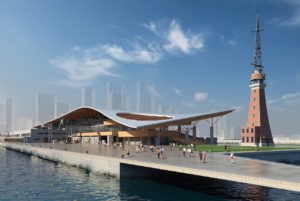